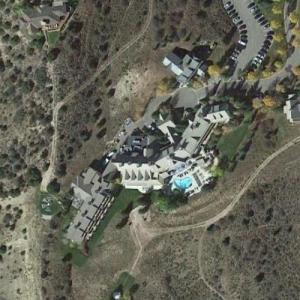 By Xeba73 @ 2013-02-28 03:59:53
@ 39.642933, -106.63458
Edwards, Colorado (CO), US
The Kobe Bryant sexual assault case began in July 2003 when the news media reported that the sheriff's office in Eagle, Colorado had arrested NBA superstar Kobe Bryant in connection with an investigation of a sexual assault complaint filed by a 19-year-old hotel employee. Bryant had checked into The Lodge and Spa at Cordillera, a hotel in Edwards, Colorado, on June 30 in advance of having surgery near there on July 2 under Dr. Richard Steadman. The woman accused Bryant of raping her in his hotel room on July 1, the night before the surgery. Bryant admitted to an adulterous sexual encounter with his accuser, but denied the assault allegation. The case was dropped after Bryant's accuser refused to testify in the case. A separate civil suit was later filed against Bryant by the woman. This was settled out of court and included Bryant's publicly apologizing to his accuser, though admitting no guilt on his part.
Links: en.wikipedia.org
1,916 views