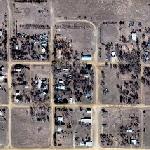 In 2012, white supremacist Craig Cobb began buying up land in Leith after moving there. He reportedly owns at least 13 plots of land in the town, and has expressed a desire to turn the town into a white nationalist community. Several other prominent white supremacists, including April Gaede and her husband, also own land in Leith. Cobb reportedly wants to rename the town Cobbsville. He has transferred ownership of two plots to fellow white supremacists Alex Linder and Tom Metzger. He said he also wants to give a lot to the Greek neo-Nazi organization Golden Dawn and one to David Duke. The town is almost entirely white but does have one mixed-race couple, who have expressed concern about Cobb and his plans.