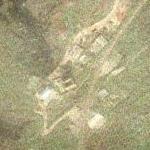 By kjfitz @ 2006-12-19 21:58:36
@ 50.152514, -5.685572
Trewellard, United Kingdom (GB)
Levant is one of Cornwall's most famous mines and like many others in the county very little is recorded of its early history. In 1820 Richard Boyns a local mining man formed a new company to work the mine, almost immediately they struck a rich vein of copper ore which eventually led to large dividends being paid to the share holders. This company operated Levant until getting into difficulties in 1871 when a new company was formed to take over the mine, its purser being Richard White, who was to run Levant for the next 30 years or so.