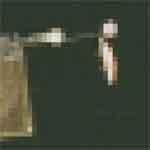 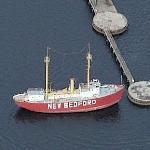 By bubaonline @ 2006-12-13 10:09:57
@ 41.630655, -70.917124
New Bedford, Massachusetts (MA), US
The New Bedford Lightship currently is berthed at the Commonwealth Electric Pier, adjacent to Global’s Marine Terminal. A rare piece of maritime history, the lightship was built in 1930 and is one of 13 U.S. lightships left in the world. Lightships served as beacons in areas where building a lighthouse was either impossible or impractical. New Bedford Lightship, also known as LV #114/WAL-536, served in Atlantic waters along the East Coast until the Coast Guard decommissioned it in 1971. The ship was brought to New Bedford in 1975 and renamed. In 1980, the city-owned vessel was added to the National Register of Historic Places.