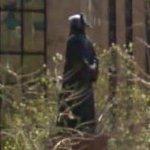 He is most recognized for his conduct and his constant position on the "high moral ground" in his fight, as a "shepherd" of his people, against
the opium trade in Guangzhou. Although the non-medicinal consumption of opium was banned by Emperor Yongzheng in 1729, by the 1830s China's
economy and society were being seriously affected by huge imports of opium from British and other traders based in the city. Lin's forceful opposition to the trade on moral and social grounds is considered to be the primary catalyst for the First Opium War of 1839–42. Because of this firm stance, he has subsequently been considered as a role model for moral governance, particularly by Chinese people.
Links: en.wikipedia.org
423 views