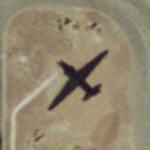 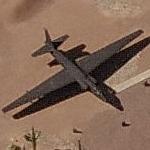 The U-2, nicknamed Dragon Lady, is a single-seat, single-engine, high-altitude Surveillance aircraft flown by the United States Air Force. It provides continuous day and night, high-altitude (70,000 ft, 21,000 m plus), all-weather surveillance of an area in direct support of U.S. and allied ground and air forces. It also provides critical intelligence to decision-makers through all phases of conflict, including peacetime indications and warnings, crises, operations other than war, and major theater war. The aircraft also are used for electronic sensor research and development, satellite calibration, and satellite data validation.

A classified budget document approved by the Pentagon on December 23, 2005, calls for the termination of the U-2 program by 2011, with some planes being retired as early as 2007. The U-2 would likely be supplanted by the Northrop Grumman's high-altitude Global Hawk unmanned aerial vehicle.