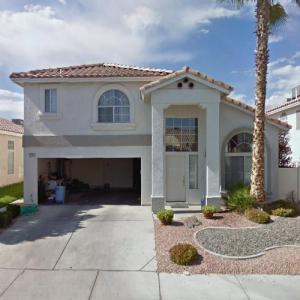 Prior to moving to Las Vegas, she lived in a communal home in Lehi, Utah. The titular sister wives and their families lived together in this home for the first two seasons of the show but then moved into separate Las Vegas homes. After season 4, to bring the families closer together, they moved to different Las Vegas homes (for $400,000 each) that shared the same cul de sac. Meri Brown and the other sister wives have since moved to Flagstaff, AZ.

Meri Brown was born in Alameda, California. Her family also practiced polygamy and her father had five wives. She has 25 siblings.

In 2015, Meri Brown fell victim to a catfisher, initiating an online relationship with someone she thought was a man, but was actually a female admirer.

Meri Brown was Kody Brown’s first wife. They were married in 1990 and divorced in 2014. During the early seasons of Sister Wives, Meri was Kody’s only legal wife. Their divorce was processed in order for Kody to legally marry Robyn Brown and adopt her children. They consider themselves to continue to be “spiritually married”. Meri and Kody Brown share one child, their daughter Mariah.
Links: go.tlc.com, en.wikipedia.org, www.intouchweekly.com, www.celebritynetworth.com, sisterwives.fandom.com, people.com
57,429 views