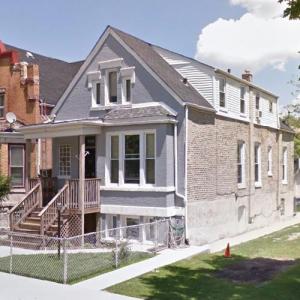 The Showtime series has been running since 2011 and stars William H. Macy and Emmy Rossum. It was developed by John Wells, an American director, writer, and producer in theater, film, and television with a net worth of $80 million. He is also known for being the executive producer and showrunner of Third Watch, ER, and The West Wing. The show is an adaptation of a British show of the same name from Paul Abbott, English television screenwriter and producer.

Macy, who has a net worth of $45 million with his actress wife, Felicity Huffman. Macy has been in many movies such as 1996 “Fargo,” as well as appearing in TV shows such a “Homicide.” He and Huffman have been married since 1997 and have two children together.

Rossum has a net worth of $12 million and has performed since childhood. She played the lead character Christine Dale in the film adaptation of the “Phantom of the Opera,” for which she received a Golden Globe Award nomination for Best Actress in musical or comedy. She was the youngest actress to be nominated for the award. Rossum made her major film debut in the Clint Eastwood movie, “Mystic River,” playing Sean Penn’s daughter.

Shameless features the story of a single father and his six children. Frank Gallagher, played by Macy, is the alcoholic patron of a dysfunctional family. His alcoholism is a central theme of the show, highlighting the effects of his addiction on his family. The show is meant to show that addiction can take place anywhere.
The series is set in the Canaryville neighborhood of Chicago’s Southside and mostly filmed in the North Lawndale community of Chicago, as well as the Warner Bros. Studios in Burbank, CA.