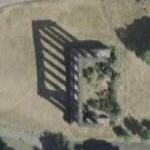 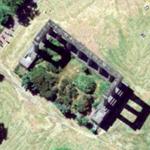 The monument is on the top of Calton Hill, just to the east of central Edinburgh. It was designed by Charles Robert Cockerell and his assistant William Henry Playfair and is modelled upon the Parthenon in Athens. Construction started in 1822.

The monument is famous for being only partially complete. According to local legend, the monument was intended to be a full replica of the Parthenon, but money ran out midway through construction and only one side of the structure was completed. The city of Glasgow reportedly offered to cover the costs but Edinburgh was too proud to accept the other city's charity. As a result, the monument is often given the nickname Edinburgh's Disgrace or Edinburgh's Folly.

However, the surviving plans for the monument by Cockerell and Playfair depict only the existing twelve columns, suggesting that the monument had been deliberately designed as an incomplete structure although this claim is a matter of some dispute.

Subsequent attempts to "complete" the National Monument have never borne fruit for reasons of either cost or lack of local enthusiasm. A proposal in 2004 was met with a very mixed reception.
Links: en.wikipedia.org
823 views