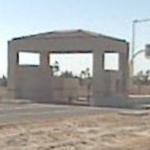 By GlobalPlayer @ 2010-05-13 14:48:58
@ 33.677583, -117.671914
Lake Forest, California (CA), US
Nikki Catsouras was traveling north on the 241 Toll Road in Lake Forest at approximately 1:40 P.M., when she clipped a gray Honda Civic she was attempting to pass while traveling at an estimated 100 mph. The driver of the Civic was a 20-year-old man named Justin Thompson, of Rancho Santa Margarita. The Porsche flew out of control, crossed the toll road's broad median (which lacks a center barrier on that segment) and hit a solid concrete toll booth near the Alton Parkway interchange; the Porsche was destroyed. Nikki died at the scene, Thompson was taken to a hospital with "minor to moderate injuries." California Highway Patrol officers said that alcohol did not play a part in the accident.
Links: en.wikipedia.org
7,512 views

I perfectly understand that she had a brain tumor when she was younger... but I can only swear that if she wouldn't be taking cocaine in the first place, whether driven by hormones, brain damage, or even plain and simple curiosity, I can guarantee that the drama would have never started! After all, teenagers are fledgling drivers that need to learn all the rules of the road and how to behave there, and at least 90% can't properly handle a sports car like this one; they end up wrapping it up into a tree or worse!