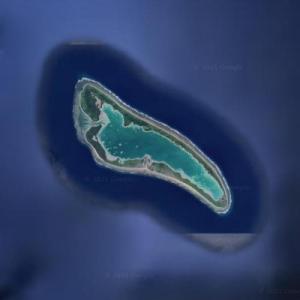 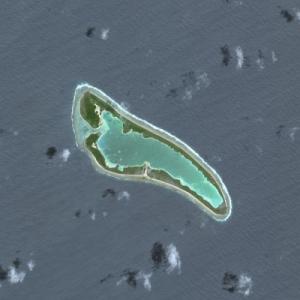 By Parabellum @ 2010-12-12 06:14:49
@ -4.666596, -174.516621
Noriti, Kiribati (KI)
The International Group for Historic Aircraft Recovery (TIGHAR), a non-profit organization, made several expeditions to Nikumaroro during the 1990s and 2000s. They investigated documentary, archaeological and anecdotal evidence supporting a hypothesis that in July 1937 Amelia Earhart and Fred Noonan landed on Gardner after failing to find Howland Island during one stage of their ill-fated world flight. It was surmised that Earhart might have survived on Nikumaroro for several months before the British survey parties began arriving in 1938, by which time she and Noonan may have succumbed to injuries, hunger or disease. In June 2010, they made a 10th expedition to the island.

In an area on the atoll's northwest side called the "Seven Site" the team has found and cataloged artifacts such as flakes of rouge and a shattered mirror from a woman's cosmetic compact, parts of a folding pocket knife, traces of campfires bearing bird and fish bones, clams opened in the same way as oysters in New England, "empty shells laid out as if to collect rain water" and American bottles dating from before World War II, their heat warped bottoms showing they "had once stood in a fire as if to boil drinking water." A phalanx bone found at the site and examined by forensic anthropologist Karen Ramey Burns will be sent to the Molecular Science Laboratories at Oklahoma University in Norman, Oklahoma for testing as to whether it is turtle or human.
Links: en.wikipedia.org, www.nbcnews.com
5,912 views