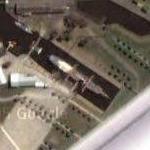 Polly Woodside was built for William J. Woodside of Belfast, who named her for his wife. From 1884 to 1904, she was registered as a single-ship company. Her primary cargoes were coal from the United Kingdom and, chiefly, nitrate or wheat from South America. Her seventeen voyages in this period each lasted about a year, although in 1893-95, she called in Santos, Chittagong, Trinidad, New York, Rio de Janeiro, and Rosario before returning to King's Lynn.

In 1904 she was sold twice, the second time to Arthur Hughes Turnbull of Christchurch, New Zealand. From 1905 to 1921, renamed Rona (a Maori name), she carried various bulk cargoes between ports in Australia, New Zealand, and Tasmania, with a few passages to San Francisco during World War I. In 1917 she was fitted out to carry ten apprentices. Ending her sailing career in 1921, she was acquired by the Adelaide Steamship Company, Ltd., for use as a coal hulk. She stayed in that rough work under various owners until 1962. During World War II she was requisitioned by the Royal Australian Navy for use in New Guinea.

Active interest in preserving the ship began in 1962, initiated by Karl Kortum in San Francisco and Dr. E. Graeme Robertson, who became chairman of the Polly Woodside Restoration Committee. The ship was transferred to the National Trust of Australia (Victoria) in 1968. Nine years later, she was opened to the public at Old Duke's and Orr's Dry Dock in Melbourne.