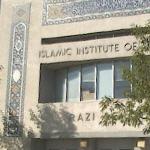 By Parabellum @ 2009-11-14 11:11:18
@ 40.742306, -73.909744
New York, New York (NY), US
NEW YORK – The organization that federal investigators say is a front for the Iranian government has spent millions of dollars over the years on philanthropy: buying property for four U.S. mosques, funding religious schools and language classes, and translating books on Islam.

The move to seize assets held by the New York-based Alavi Foundation will cripple the charity's work and put the government in the awkward position of potentially shutting down the houses of worship, which occupy buildings and land that Alavi owns.
Links: news.yahoo.com
508 views