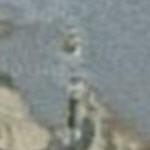 By kjfitz @ 2011-02-01 19:25:13
@ 32.053572, 48.847972
Shushtar, Islamic Republic of Iran (IR)
The Band-e Kaisar was an ancient arch bridge in Shushtar, Iran, and the first in the country to combine it with a dam. Built by a Roman workforce in the 3rd century AD on Sassanid order, it was also the most eastern Roman bridge and Roman dam, lying deep in Persian territory. Its dual-purpose design exerted a profound influence on Iranian civil engineering and was instrumental in developing Sassanid water management techniques.

The approximately 500 m long overflow dam over the Karun, Iran's most effluent river, was the core structure of the Shushtar Historical Hydraulic System from which the city derived its agricultural productivity, and which has been designated by the UNESCO as Iran's 10th World Heritage Site in 2009. The arched superstructure carried across the important road between Pasargadae and the Sassanid capital Ctesiphon. Many times repaired in the Islamic period, the dam bridge remained in use until the late 19th century.
Links: en.wikipedia.org
562 views