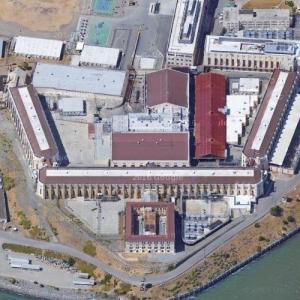 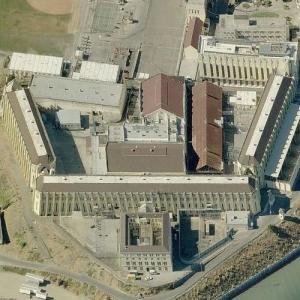 By nic @ 2005-04-18 23:52:20
@ 37.938039, -122.48905
San Rafael, California (CA), US
San Quentin State Prison is a California State Prison located near the city of San Rafael, California, though the prison has its own zip code. Opened in July 1852, San Quentin is the oldest prison in the state, and the location of California's only gas chamber and death row for male inmates, although recent executions have been carried out by lethal injection. The correctional complex sits on Point San Quentin, which comprises 432 acres (1.7 km²) of waterfront along the north side of San Francisco Bay. Its position on otherwise desirable real estate in the San Francisco Bay Area has resulted in the net worth of the prison to be estimated at nearly $100 million, making it the most valuable prison in the world.
Links: en.wikipedia.org
12,748 views

kjfitz
@ 2006-03-29 11:30:47
I highly recommend reading this perspective from an aquaintance of mine who does a poetry workshop with the prisoners at San Quentin:

Anonymous
@ 2019-08-05 17:13:51
Although the ground the prison sits on has been used for prisons since the 1800's, the prison you see today and in the photos was built years after the initial inmates were held there on a jail barge :). The prison itself was built partly by the inmates themselves.. as prison laborers. Might as well keep busy, right? Maybe most famous inmate today? Scott Peterson... who has been there about 15 years on death row. He murdered his pregnant wife and dumped her body in the bay where she was found roughly 12 miles from where the prison sits. He at times might be able to see that part of the Bay... where he dumped her. That is a seriously bad reminder of why you went to prison as a young man.... and where you will be until you die of old age unless they actually execute you first.