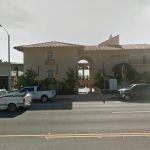 It was not immediately known who reported the death.

Sheriff’s Department spokesman Steve Whitmore confirmed it was the body of Scott Sterling, 32, the son of the Clippers owner and real estate mogul.
Links: la.curbed.com
1,055 views