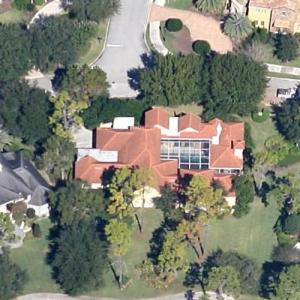 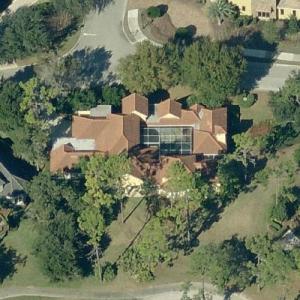 He began playing golf at the age of three and was taught by his father, Victor, who was a club professional. At the age of 12, Sergio was a star player as a junior, winning his club championship. Four years later, he set a record as the youngest player to make the cut at a European Tour event, the 1995 Turespaña Open Mediterranea. He has spent much of his career in the top 10 of the Official World Golf Rankings. He turned professional in 1999 after shooting the lowest amateur score in the 1999 Masters Tournament. He won his first PGA Tour tournament at age 21 at the 2001 MasterCard Colonial in Fort Worth, Texas and then won again at the Buick Classic the same year. In the 2006 Ryder Cup, at the K Club in Ireland, he won both his fourball and foursome matches. In 2008, he won The Players Championship on the PGA Tour in a playoff against Paul Goydos. But in 2009 he had a very disappointing season. He continued the run at the 2011 PGA Championship where he finished in a tie for 12th place. The European Tour player and Ryder Cup veteran from Castell'on, Spain, was the winner of the HSBC Champions, a strong contender in The Race to Dubai and one of the top five players in the world.

García has spent much of his career in the top 10 of the Official World Golf Ranking, including over 300 weeks in the top 10 between 2000 and 2009, and over 450 weeks in the top 10 in total. García reached his highest career ranking, 2nd, after winning the HSBC Champions tournament in November 2008. In the Ryder Cup, García competed in nine of the ten matches playing during his professional career cumulatively earning a record 25.5 points during those matches.

Sergio Garcia is certainly a well accomplished player who has earned a net worth of $70 million. arcía has achieved career earnings of more than US$43 million. As a player, he is noted for strong iron play and accuracy. Sergio Garcia earned this impressive some all by playing professional golf and through his many lucrative endorsements. But perhaps more important to Sergio Garcia was an accolade he earned on April 9, 2017 when Garcia won The Masters in an exciting finish. His first Masters and his first major championship after 19 years on the PGA tour.
Links: en.wikipedia.org
16,952 views