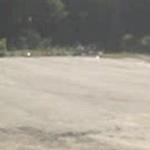 The fire was caused by pyrotechnics set off by the tour manager of the evening's headlining band, Great White, which ignited flammable sound insulation foam in the walls and ceilings surrounding the stage. A fast-moving fire engulfed the club in 5½ minutes. Some 230 people were injured and another 132 escaped uninjured. Video footage of the fire shows its initial growth, billowing smoke that quickly made escape impossible, and the exit blockage that further hindered evacuation.