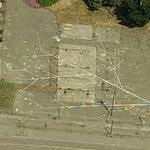 Solvents used in HPLC are often sparged with helium gas.

In chemical engineering, sparging can also be a method to remove low-boiling liquids from a solution. The low-boiling liquids tend to evaporate most quickly, hence it is removed from the bulk solution more quickly than the other components. It is an alternative to distillation, and it does not require heat.

This technique is also used in environmental chemistry to extract the oil contaminants from subsoil water and the ground.
Links: en.wikipedia.org
794 views