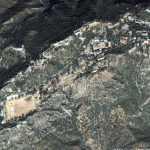 Official numbers are put at 2,100 men, in 3 Battalions; however the actual strength is classified. It is estimated to have been increased to 4 Battalions, with the eventual formation of 2 Brigades of Special Forces (6 Battalions).
Links: en.wikipedia.org
4,105 views