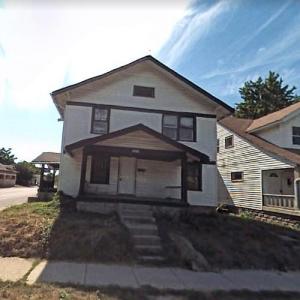 By GlobalPlayer @ 2010-04-26 03:14:56
@ 39.7721936, -86.0998167
Indianapolis, Indiana (IN), US
Sylvia Marie Likens (January 3, 1949 - October 26, 1965) was an American murder victim from Indiana. She was tortured to death by Gertrude Baniszewski (née Van Fossan), Gertrude's children, and other young people from their neighborhood. Her parents, carnival workers, had left Likens and her sister Jenny in the care of the Baniszewski family three months before her death in exchange for $20 a week. Baniszewski, two of her children, Paula and John, and two neighbor youths, Coy Hubbard and Richard Hobbs, were charged and convicted of the crime. Her torture and murder were described by the prosecutor in Baniszewski's trial as "the most terrible crime ever committed in the state of Indiana.
Links: en.wikipedia.org, www.flickr.com
9,187 views