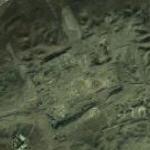 Tanis was founded in the late Twentieth Dynasty and became the northern capital of Egypt during the following Twenty-first Dynasty. It was the home city of Smendes, founder of the 21st dynasty. During the Twenty-second Dynasty Tanis remained as Egypt's political capital (though there were sometimes rival dynasties located elsewhere in Upper Egypt). It was an important commercial and strategic city until it was threatened with inundation by Lake Manzala in the 6th century AD, when it was finally abandoned. The refugees founded the nearby city of Tennis.

There are ruins of a number of temples, including the chief temple dedicated to Amun, and a very important royal necropolis of the Third Intermediate Period (which contains the only known intact royal Pharaonic burials — the tomb of Tutankhamun having been entered in antiquity).
Links: en.wikipedia.org
1,462 views