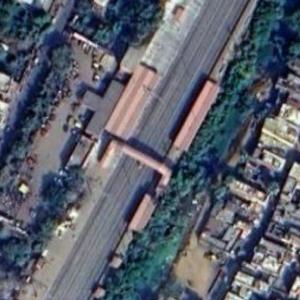 This was one of many attacks which were launched in protests at a new military recruitment plan called “Agnipath” or ‘path of fire’.

The attacks resulted in nearly 400 trains being cancelled as train coaches were set alight, railway station offices ransacked and at dozens were injure. It is understood that one person has been killed during the ongoing protests which have been taken place throughout the week.

The IndiaToday website reported that a journalist and her cameraman had been attacked by protesters at Taregna Railway Station.
Links: www.indiatoday.in, www.google.com, www.theguardian.com
58 views