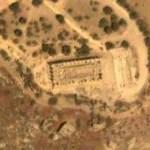 By DonMartini @ 2006-04-07 13:08:18
@ 37.288633, 13.600323
Agrigento, Italy (IT)
The city of Agrigento boasts the impressive 'Valley of the Temples' and is an essential port of call for anyone fascinated by classical ruins.
The 'most beautiful city of the mortals' is spread over over 450 hectares and was at its most splendid following the defeat of the Carthaginians at the battle of Hymera in 480 BC.
The Temple of Concordia is the best surviving relic from that period and is stunningly preserved, rivalling anything in modern Greece.
Today, the 14 or so temples and sanctuaries which dominate the old site offer an stunning record of what was a prosperous classical city.

Since its foundation in 581 BC by citizens from Gela, Crete and Rhodes, modern day Agrigento has had a number of incarnations.
The Greeks called it Akragas, followed by the Romans who Latinized it to Agrigentum.

During the brief period of Arab rule, it was called Kerként after which Girgenti was the common name. It was only in 1927 when it resumed its Italian name of Agrigento.
The Valley of the Temples was recently in the news when the local authorities decided to pull down many illegally constructed houses and buildings near the perimeter. Despite some vociferous protests the bulldozers came in and cleared the area.
When is the best time to visit? February, at sunset, when the almond trees which dot the valley are in flower and the golden rays reflect of the ochre stone.
This period also coincides with the 'Sagra del Mandorlo in Fiore' and this is the link to the official website - www.mandorloinfiore.net
676 views