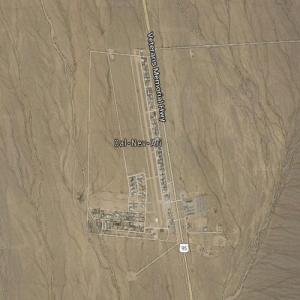 By tallturtle82 @ 2016-04-27 06:08:52
@ 35.3064827, -114.879955
Cal Nev Ari, Nevada (NV), US
Aviators, Nancy and Slim Kidwell founded Cal-Nev-Ari 51 years ago after finding an abandoned military runway in the middle of the desert. The Kidwells built the town under the Pittman Act which allowed them to settle there if they were self-sufficient. The Kidwells met the criteria after bringing in water from the Colorado River 30 miles away. They created an irrigation system, grew barley and they were granted a land patent, putting Cal-Nev-Ari on the map.

The outpost an hour south of Las Vegas began to grow when Cal-Nev-Ari became the first fly-in-casino in Nevada. Today there are about 350 people living in the town.
Links: www.npr.org
398 views