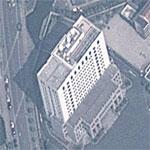 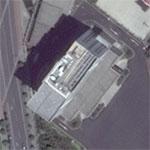 By jbottero @ 2013-02-19 17:03:30
@ 31.349429, 121.573511
Shanghai, China (CN)
PLA Unit 61398 is the reported Military Unit Cover Designation (MUCD) of a People's Liberation Army unit that has been alleged to be the source of Chinese computer hacking attacks. The unit is reported to be in a 12-story building in Shanghai. The story was first broken by the New York Times, based on information from a report by the computer security firm Mandiant, who were retained by the New York Times after a compromise of their own computer systems.

Mandiant's report states that PLA Unit 61398 is believed to be under the 2nd Bureau of the People's Liberation Army General Staff Department (GSD) 3rd Department. and that there is evidence that it contains an entity Mandiant calls APT1, part of the Advanced Persistent Threat attacking American corporations and government entities.

Picture of the building here: http://www.economist.com/blogs/analects/2013/02/chinese-cyberattacks

I wonder if the general quality of the sat image is because of SMOG?
Links: en.wikipedia.org
1,611 views