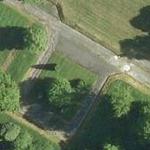 By kkeps @ 2013-04-29 18:49:27
@ 51.254899, -0.7701
Aldershot, United Kingdom (GB)
The Aldershot bombing was a car bomb attack by the Official Irish Republican Army (Official IRA) on 22 February 1972 in Aldershot, England. The bomb targeted the headquarters of the British Army's 16th Parachute Brigade and was claimed as a revenge attack for Bloody Sunday. Seven civilian staff were killed and nineteen wounded. It was the Official IRA's largest attack in Britain during "the Troubles" and one of its last major actions before it declared a ceasefire in May 1972.
Links: en.wikipedia.org
594 views