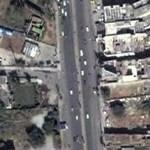 Bhutto was the eldest child of former prime minister Zulfikar Ali Bhutto, a Pakistani of Sindhi descent and Shia Muslim by faith, and Begum Nusrat Bhutto, a Pakistani of Iranian-Kurdish descent, of similarly Shia Muslim by faith. Her paternal grandfather was Sir Shah Nawaz Bhutto, who came to Larkana Sindh before partition from his native town of Bhatto Kalan, which was situated in the Indian state of Haryana.

Bhutto was sworn in for the first time in 1988 at the age of 35, but was removed from office 20 months later under the order of then-president Ghulam Ishaq Khan on grounds of alleged corruption. In 1993 Bhutto was re-elected but was again removed in 1996 on similar charges, this time by President Farooq Leghari. Bhutto went into self-imposed exile in Dubai in 1998.

Bhutto returned to Pakistan on 18 October 2007, after reaching an understanding with President Pervez Musharraf by which she was granted amnesty and all corruption charges were withdrawn. She was assassinated on 27 December 2007, after departing a PPP rally in the Pakistani city of Rawalpindi, two weeks before scheduled elections where she was a leading opposition candidate.
Links: news.bbc.co.uk
1,811 views