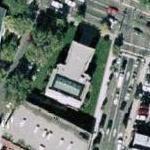 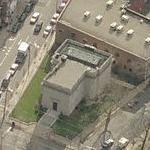 By jbottero @ 2009-03-11 14:59:42
@ 41.312899, -72.922236
New Haven, Connecticut (CT), US
Berzelius is a senior society (sometimes mislabelled a secret society) at Yale University named for the Swedish scientist Jöns Jakob Berzelius, considered one of the founding fathers of modern chemistry. Founded in 1848, 'BZ', as the society is called often, is the oldest of the societies of the now-defunct Sheffield Scientific School, the institution which from 1854-1956 was the sciences and engineering college of Yale University. Berzelius became a senior society in the tradition of Skull and Bones, Scroll and Key, and Wolf's Head in 1933 when the Sheffield Scientific School was integrated into Yale University. Book and Snake and St. Elmo societies from Sheff, followed suit. Skull and Bones, founded in 1832, Scroll and Key, founded in 1841, and Wolf's Head, founded in 1883, catered to students in the Academic Department, or liberal arts college.
Links: en.wikipedia.org
2,331 views