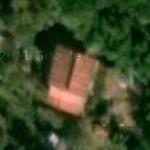 By kkeps @ 2011-08-20 18:35:12
@ 27.078183, 88.488377
Kalimpong, India (IN)
Bhutan House is an estate located in Kalimpong, West Bengal, India, owned by the Dorji family of Bhutan. The site is the traditional administrative Dzong for southern Bhutan, and also functioned as the administrative center for the whole of western Bhutan during the early years of consolidation. It represented the relationship between Bhutan and British India, and is a modern symbol of Bhutan–India relations.