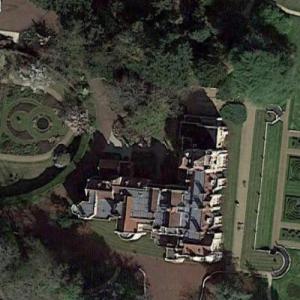 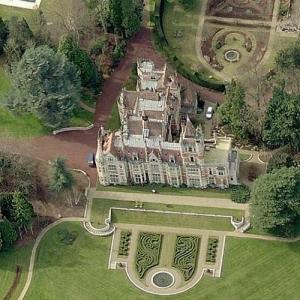 By BermudaBreeze @ 2007-12-22 09:03:05
@ 51.54014022, -0.91500207
Henley-on-Thames, United Kingdom (GB)
Friar Park is a Victorian neo-Gothic mansion in Henley-on-Thames, England, built in 1889. It was originally owned by eccentric lawyer Sir Frank Crisp and purchased in January 1970 by English rock musician and former Beatle George Harrison for £140.000. The site covers about 62 acres (25 hectares).Features include caves, grottoes, underground passages, a multitude of garden gnomes, and an Alpine rock garden with a scale model of the Matterhorn. Though rumour and tabloid reports often claim the building has 120 rooms, this was denied by the current owner, Olivia Harrison, while speaking to NPR Fresh Air in March 2004, at which time she clarified the number was somewhere around 30.

Following the murder of John Lennon, Harrison's Beatles bandmate, in December 1980, the gates were locked and security features such as fences and video cameras were installed. Despite these measures, an intruder, Michael Abram, broke into the residence in the early hours of 30 December 1999, attacking Harrison and his wife Olivia, leaving Harrison with five stab wounds and a punctured lung.
Links: en.wikipedia.org, en.wikipedia.org, www.beatlesbible.com
107,830 views

Anonymous
@ 2012-05-24 13:19:24
How absolutely fantastic is Friar Park! Such a beautiful place, by far the most beautiful I have ever seen. And also, owned by the fantastic George Harrison, who is my hero.