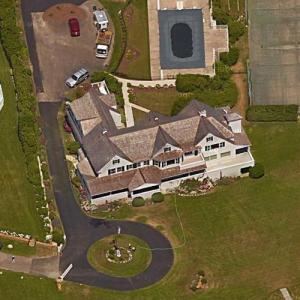 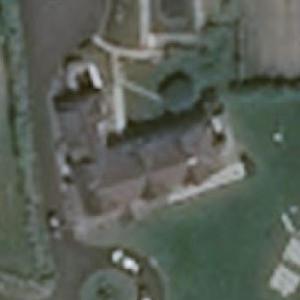 The compound consists of the original home, built in 1904 and purchased by Joseph Kennedy in 1928, as well as the adjacent lot and home, purchase by his son Edward “Ted” Kennedy in 1959. The buildings are white clapboard structures in the traditional Cape Cod style. There are seven bedrooms in the main house, along with a theatre and wine cellar. The property also includes an enclosed swimming pool, a tennis court, a 4-car garage, and two guest houses.

It was at this home that the Kennedys developed their love of sailing. It was used as the headquarters for John F. Kennedy’s successful presidential campaign.

Though the main house has been donated to the Edward M. Kennedy Institute for the United States Senate, the property remains private and is not open for visitors. Robert Kennedy’s widow, Ethel, still resides on the property in their home adjacent to the main house.

In 2019, Saoirse Kennedy, granddaughter of Robert Kennedy, died of an overdose at Ethel’s house.
John F. Kennedy served as President of the United States from 1961 until his assassination in 1963. During his presidency, he navigated the cold war and civil rights conflicts, seeking to help fund education, healthcare, and rural areas with policies he dubbed the “New Frontier”.

Robert F. Kennedy served as US Attorney General from 1961-1964, and as US Senator from 1965 until his assassination in 1968. At the time of his assassination, he was running for the democratic nomination for President.
Links: en.wikipedia.org
61,597 views