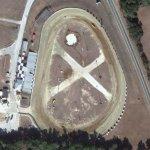 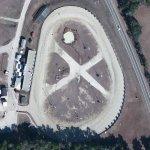 Since Bubba purchased the track, an effort has been made to make it fun for the fans and fair for the drivers. Purse money for the racers is significant, and ladies over 18 wearing Daisy Duke shorts and cowboy boots get in free. (Yee Haw!)

In addition to a handful of special events, several classes of stock cars and modifieds race here on Saturday nights.
Links: bubbaracewaypark.com
4,268 views