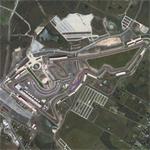 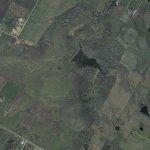 Construction of the facility lasted from January 2011 until October 2012. The 900 acres of land used for the new racing facility was originally planned to be an 1,800 home subdivision.

The circuit is 3.427 miles (5.513 kilometers) long with 20 turns. Its design features natural elevation changes of 133 feet (41 meters). Drivers face a steep hill as they approach the first corner, located at the southernmost point of the circuit. Unlike most F1 races, the circuit is driven counter-clockwise.

Spectators can climb to the top of a 251 ft. (77 m) tall observation tower for an amazing view of the property. With Austin's reputation for being a musical city, an amphitheater was built near the base of the tower.