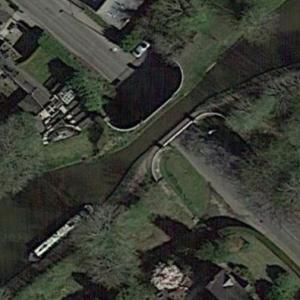 The aqueduct was built by William Crosley and was completed in 1831. It is formed from a cast iron trough supported by a series of cast iron segmented arches on rusticated sandstone abutments.

There are metal railings on both sides of the trough which are painted black and white as are the outsides of trough and the arches below.

The aqueduct has limited the headroom for road traffic below to a maximum of 12 feet and causes the carriageway to narrow for a short distance on either side.