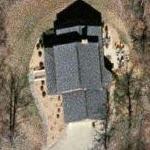 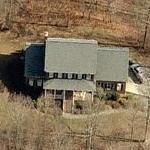 By tlp333 @ 2007-12-01 02:42:04
@ 35.468526, -80.687222
Concord, North Carolina (NC), US
Carl Edwards, the NASCAR NEXTEL Cup Series and Busch Series driver for Roush Fenway Racing lives here. Carl Michael Edwards II is an American former professional stock car racing driver, who last competed in the NASCAR Sprint Cup Series, driving the No. 19 Toyota Camry for Joe Gibbs Racing. Prior to that, he drove the No. 99 Ford Fusion for Roush Fenway Racing. He won the 2007 NASCAR Busch Series championship and nearly won the 2011 NASCAR Sprint Cup Series title, but lost by a tiebreaker to Tony Stewart. Edwards is well known for doing his signature backflip off his car to celebrate a victory, which was surprisingly the result of saving himself from a potential fall after his first win.

Carl Edwards has earned a net worth of $70 million. Born in Columbia, Missouri, Carl Edwards began racing on the NASCAR Craftsman Truck Series in 2002. His relatively successful first season led to an offer from Jack Roush of Roush Fenway Racing, and he began racing in the Craftsman Series as part of his team in 2003. He went on to win Rookie of the Year honors, as well as multiple races. 2005 proved to be a banner year, when he became the first NASCAR driver to win his first Busch and NEXTEL Cup Series races on the same weekend on the same track. He had multiple wins throughout 2005, but struggled during 2006. He got back on track in 2007, finally breaking a 52-race losing streak. He then had his most successful season in 2008. Since then, he has had periods of multiple wins, and extended winless streaks. Since 2012, he has focused his attention on the NASCAR Sprint Cup Series. In January 2017, Carl Edwards announced that he was retiring from professional racing. During his career he earned more than $90 million on the track and from endorsements.
Links: en.wikipedia.org
30,169 views