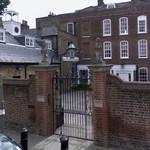 Many of her works have been adapted into films, including the novels Rebecca, which won the Best Picture Oscar in 1941, Jamaica Inn, and her short stories The Birds and Don't Look Now. The first three were directed by Alfred Hitchcock.

She lived here from 1916 when her father bought the house.