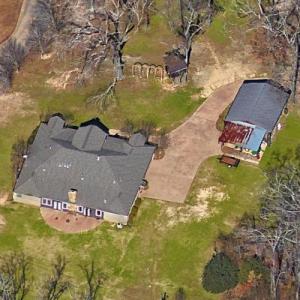 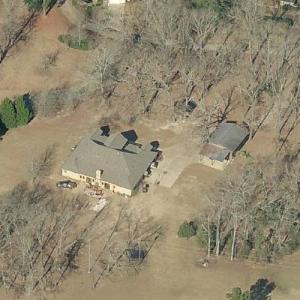 By dunnswash @ 2013-02-27 08:33:57
@ 32.542427, -92.216738
West Monroe, Louisiana (LA), US
Willie Robertson's house in West Monroe, Louisiana. Willie is the third son of Phil and Miss Kay, and CEO of Duck Commander. He used his business degree from Harding University to take Duck Commander from a family business to a multi-million dollar empire. He is married to Korie Robertson.

Not much is known about the home, except for that it sits on about 21 acres of property in West Monroe.

Willie is one of the stars of the reality show "Duck Dynasty" and narrates the show.

Willie Robertson's net worth is estimated to be around $20 million. His wealth originally grew from the Duck Commander company, which was founded by his father Phil, and which Willie is currently the CEO of. In addition, the reality TV show "Duck Dynasty" on A&E is one of the most popular television shows, airing in over 40 countries with 8 million viewers per episode. Willie's memoir was also #1 on the New York Times bestseller list.

Other Duck Dynasty locations featured on this site include the Duck Commander Warehouse, as well as his brothers Jase and Jep's houses, and their Uncle Si's house.
Links: en.wikipedia.org
331,895 views