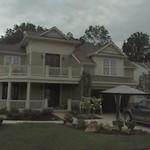 Jason Thomas (born ca. 1974) is a former U.S. Marine who located and rescued people after the September 11, 2001 attacks in New York City. With David W. Karnes, he helped find a pair of Port Authority Police officers buried in the rubble of the World Trade Center.