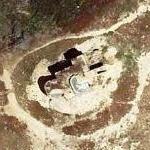 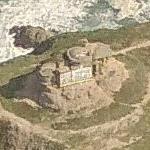 By kjfitz @ 2009-07-31 08:25:57
@ 37.568283, -122.516203
San Francisco, California (CA), US
Prior to 01 July 1940, the War Department acquired 9.61 ... acres for a triangulation station and observation site. Devil's Slide was one of a series of observation posts during pre-radar days and was a part of the Harbor Defense of San Francisco. Military personnel would use binoculars and compasses to search for ships at sea and relay the position ... using information received from other observation posts. Improvements to the site began in 1943, and included three observation pill-boxes, one electric generator bunker, one communications and command bunker, and an observation tower.
Links: www.artificialowl.net
1,602 views