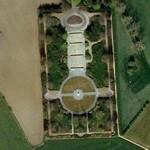 By Dania @ 2010-09-13 18:20:11
@ 50.834755, 2.94719
Zillebeke, Belgium (BE)
The Canadian Hill 62 (Sanctuary Wood) Memorial is a war memorial that commemorates the actions of the Canadian Corps in defending the southern stretches of the Ypres Salient between April and August 1916 including actions in battle at the St. Eloi Craters, Hill 62, Mount Sorrel and Sanctuary Wood. These battles marked the first occasion in which Canadian divisions engaged in planned offensive operations during the Great War. In those actions the Canadians reconquered vital high-ground positions that denied the Germans a commanding view of the town of Ypres itself.

The memorial is located beside Sanctuary Wood on the top of Mount Sorrel, which lies next to 'Hill 62' all of which the Canadians held or recaptured from the Germans during those offensive operations in early June 1916. The British Official History of the war recorded "The first Canadian deliberately planned attack in any force, had resulted in an unqualified success."
Links: en.wikipedia.org
538 views