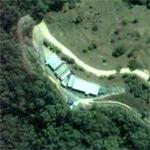 This is the production facility, which is located in the permanently built up camp at the edge of a sub-tropical rain forest that extends from Numinbah Nature Reserve and Springbrook National Park, named Murwillumbah. The small town, with a population of around 8,000 is used for both filming and producing - it is set within the foothills of the McPherson Mountain Range within the volcanic Tweed valley and just 13km south of the border with Queensland State, and a 1/2 day's drive from the capital of New South Wales, Sydney, 848km away. Murwillumbah was nominated one of the top ten sea/tree change towns in Australia, and the annual Tweed Banana Festival, the second oldest festival in Australia, occurs in the town.

The shooting location for the show is 300 meters to the north east of the production facility. Since beginning to shoot outside Murwillumbah, several on-screen moments have happened, including the 2012 cast's nomination of ex-Coronation Street actress Helen Flanagan for every challenge on the show that year (and crying through each of them), TV Chef and Doctor Gillian McKeith's smuggling of food flavourings in the lining of her underwear (and her theatrical faint during the challenge she was forced to confront), and musician Myleene Klass' jungle shower (and white bikini) during season six.

Other versions of the show have been filmed in Argentina, Brazil, Costa Rica, Indonesia, Malaysia and South Africa.
Links: en.wikipedia.org
40,955 views