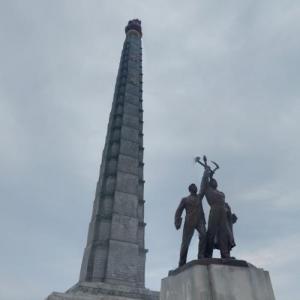 Associated with the tower is a 30-metre (98 ft) high statue consisting of three figures – one with a hammer, one with a sickle and one with a writing brush The three tools form to create the Workers' Party of Korea insignia.
Links: en.wikipedia.org
730 views