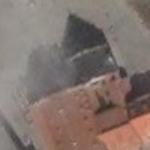 The origins of this structure date back to the 14th century, when a building was put up for the needs of city officials and tradesmen. The so-called Blackheads Society, whose patron was St. Mauritius, took over the building in the 15th century, although the name “Blackheads House” dates back only to 1687. In 1713, the society won full ownership rights to the building. It once contained one of the world’s richest collections of silver objects. The building was destroyed during World War II, but on June 29, 1995, the foundations for the structure that is seen today were laid. A memorial capsule was inserted into the foundations. Work on the restoration was completed in 1999.
Links: nami.riga.lv, en.wikipedia.org
1,201 views