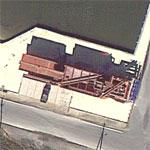 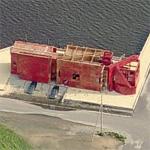 Firefighters arrived Tuesday to the blaze on the 500 block of Dock Road in West Creek, Eagleswood Township to find heavy smoke and flames coming from the roof, authorities said.

As firefighters from at least five municipalities battled the blaze, they worked to make sure the fire wasn’t spreading so they began to pull back the sheet rock ceilings, according to state police.

As they did, child pornography materials fell down from the ceiling, cops said.

El-Zoghby, who is an architect listed as a professor at Pratt Institute in Brooklyn, N.Y., and reportedly designed the home, was processed and released, authorities said.

The cause of the blaze remained under investigation as of Wednesday night.
Links: www.nydailynews.com
808 views