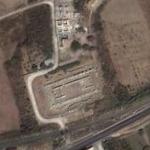 By DonMartini @ 2006-06-08 03:40:24
@ 37.962424, 13.750237
Termini Imerese, Italy (IT)
The ruins of ancient Himera (Imera), famous for the remains of the Temple of Victory, are located in a coastal plain at the mouth of the Imera River about 14 kilometers east of Termini off of State Road 113 (SS113), in the district called Buonfornello. The history of ancient Termini Imerese is really the history of Himera. Though the ruins of this coastal city are not as "complete" as those of Solunto, the ancient Roman city near Bagheria, Himera is worth a visit if you're a serious fan of ancient Greek cities and temples. Himera's Doric temple is interesting, though it is less spectacular than the temples of Segesta and Agrigento. In fact, it is little more than a foundation, with no standing columns. There are also the remains of two other temples in the same archeological park. Like Caccamo, Himera is worth a stop on the way to Cefalù from Palermo if your schedule allows.
636 views