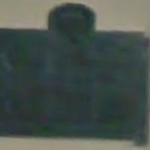 Later the whole family moved to London, but fortune did not smile on R.M. Preece there and he got into financial difficulties, forcing the family to move to a smaller house and William had to leave King’s College without a degree. His main interest, however was in the pioneering work of Faraday and Tyndall and he attended lectures by them. He obtained work as a clerk at the Electric Telegraph Company. (E.T.C.) and was later appointed an engineering assistant. After being involved in experiments in transmitting time signals and having worked with Michael Faraday he was promoted superintendant of the Southern District in Southampton. When the post office took over control of the nation’s telegraph service in 1870 William Preece became Engineer in Charge of the Southern District to begin with and later promoted the Post Office’s Chief Engineer.

He introduced the electric bell to this country following a visit to Paris. Then after meeting Alexander Graham Bell in America he brought home some telephones in 1877 and had the honour of exhibiting and explaining the system to Queen Victoria. He experimented with telegraph before Marconi was born and successfully sent a wireless message in 1882. When Marconi came to Britain in 1896 he persuaded the government to support him and was instrumental in setting up the wireless station in Waunfawr only a couple of miles from his home.

Retiring in 1899 he moved to Caeathro. The same year he was knighted and made the first ever Freeman of the Borough of Caernarfon. After a busy retirement he died on November 6th 1913, aged 79, and was buried in Llanbeblig Cemetery on November 11.
Links: en.wikipedia.org
553 views