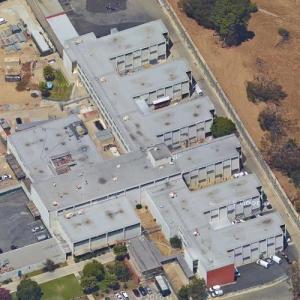 The facility is now often used for a filming location, including the TV shows, 24, Reno: 911, and Desperate Housewives and the movies, Legally Blonde and Fight of the Living Dead.

Comedian Chelsea Handler was held at this facility for 24 hours following her DUI arrest when she was 21.
Links: en.wikipedia.org
1,062 views