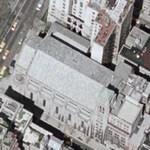 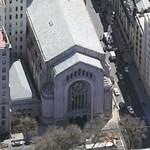 By DonMartini @ 2006-06-09 08:06:42
@ 40.768298, -73.969624
New York, New York (NY), US
Temple Emanu-El was the first Reform Jewish congregation in New York City and, due to its size and prominence, has served as a flagship congregation in the Reform branch of Judaism since its founding in 1845. Its landmark building on Fifth Avenue is the largest Jewish house of worship in the world. The congregation's current spiritual leader is Senior Rabbi Dr. David M. Posner.

Emanu-El means "God is with us" in Hebrew. Over 60 other Reform Jewish synagogues share this name from Livingston, New Jersey to Miami Beach, Florida to Dallas, Texas to Honolulu, Hawaii.
Links: en.wikipedia.org
1,265 views