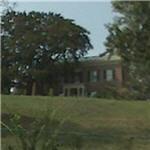 The house was built in 1797 by Elizabeth (Van Rensselaer) Ten Broeck for her husband Abraham Ten Broeck on land leased from her brother, the patroon Stephen Van Rensselaer. At the time the land was in the town of Watervliet north of the city of Albany. Originally built in the Federal-style, the mansion was called "Prospect". Thirty years later it was renovated in the Greek-revival style. In 1848 Thomas Worth Olcott purchased the residence and renamed it Arbor Hill, along with adding a first-floor butler's pantry and the second-floor bathrooms. The house has been owned by the Albany County Historical Association since it was purchased from the Olcott family in 1948.
Links: en.wikipedia.org
396 views